Yesterday I got that text. The one parents all over the United States have been getting. It’s never expected or wanted. It’s not welcome at all. But as of now we’ve done absolutely nothing to stop it.

For the next several hours we texted and called back and forth. I’m lucky. My son was safe in his dorm. His friends were scattered across campus, one in the library that was fired on, another in the student union. Others hunkered down in classrooms and halls. Slowly word got out that the shooter was caught. Buildings were cleared and students were allowed to leave.

At 11:28 p.m. I texted my son again to make sure all was well and he said it was. His roommates were back, having been released from where they’d sheltered. He was going to bed, hungry because the dining hall was closed and he had no food in his room. Hungry but alive and safe. I got to tell him I love him again.

That text is coming for every parent out there. Until our Congress implements sensible gun control measures, we are all in danger of getting it. Until the NRA’s power over us is cast off, every parent sends their kid off to school knowing that it might be their child sending them that text next.

The shooting at the University of North Carolina at Charlotte barely caused a blip on the radar of most politicians and news organizations. By the numbers, the shooting wasn’t that bad, right? Only two people died. Only four people were injured. Only two families had to be notified that their students wouldn’t come home. Only four had to wait in anguish for word that their loved ones were out of surgery.

Can we really judge it by the numbers, though? Because the only number that matters, really, is one. One more school shooting. One more time that lives were ended when common sense gun control could have stopped it. One more time kids texted their parents.

So, if you’re happy with waiting for that text from your kid, go ahead, sit back, relax. This was just one shooting. But it only took one shooting to end the lives of two college students yesterday.

You’ll get that text eventually unless we stop this now. 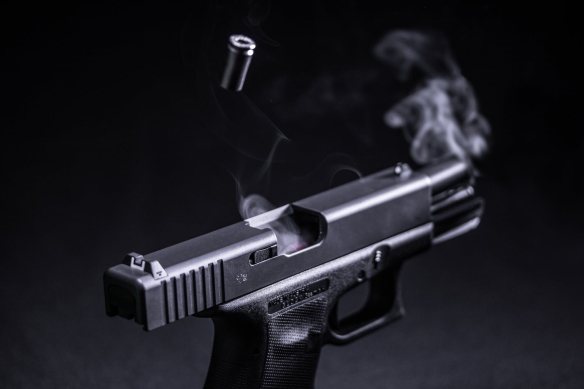