I’m back from my hurrication (evacuation due to Hurricane Florence for those who don’t know) and I’m thinking. A lot.

We left town as the clouds of Florence began to blanket Eastern North Carolina.

First, leaving was tough. I’ve written about being away and not knowing what was happening, and then hearing my hometown’s name on the lips of every journalist on the television for forty-eight hours. I heard from friends whose homes were flooded, some with them still inside. This was while the storm was still ongoing. Later, I heard of homes and belongings washed away, dreams broken, families uprooted… Then came the stories of the heroes. Those who went out in boats to help, those who worked tireless hours to help the ones who lost so much, those with power who took others in, meals made and delivered, pets rescued, the long, hard job of drying off and recovering finally beginning. 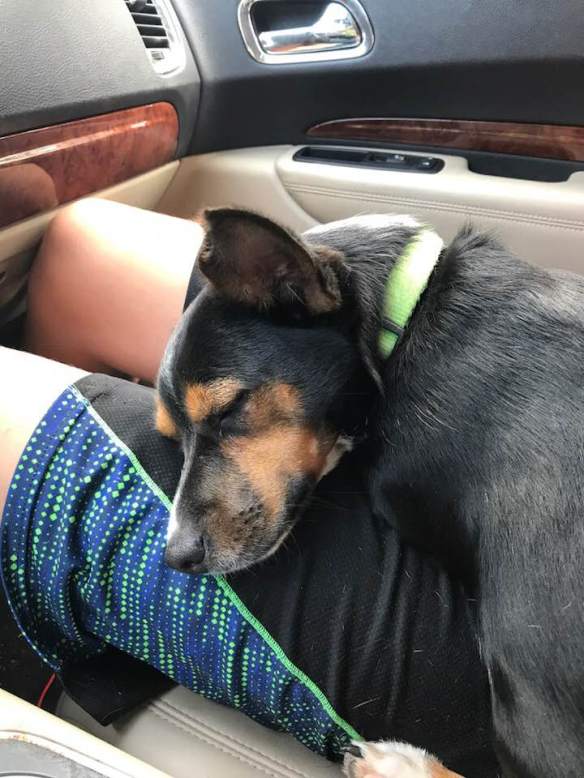 Traveling with the animals was a new experience for us. Two cats, two dogs and a bearded dragon had to be evacuated too!

Wow. What an amazing community I live in! I am so proud of these people. I want to be a part of it, to help those in need, too.

Not one of the cats we evacuated with, and he didn’t really appreciate seeing our cats inside…

Now that I am home I can see the truckloads of supplies being brought in, the homeless sheltered, the hungry fed. As I throw out the spoiled food from my own refrigerator, I think about how so many of those homeless and hungry have probably been homeless and hungry for a long, long time before Florence paid us a visit. They’ve been invisible in my community until the winds of Florence blew them out into the open.

This is obviously a country of plenty. A land of too much if you judge by the amount of food that was thrown out from the powerless houses. Why is it that the plenty is only shared at times of crisis?

Traffic returning to New Bern meant being stuck behind this pumpkin truck for an hour in Raleigh.

Yes, my neighbors are amazing. Yes, the federal government was generous in its response. FEMA is here, taking care of those who lost homes and belongings. POTUS even visited and passed out hot dogs and thanked volunteers. Bottled water and food, batteries and an army of power trucks to restore the lost power have alleviated much suffering during this time. I’m sure those who needed it are grateful. I am grateful.

The worst of our damage was downed trees. This one, now that my husband has cleared the drive underneath, forms a kind of natural arch for us to drive under.

But. But what happens when the trucks are gone, when we all go back to our daily activities and forget about volunteering? What happens to those who have needed help all along and always will? Can we stay #NewBernStrong for our community?